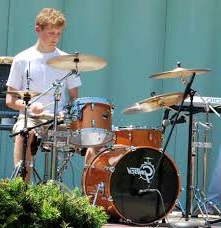 Drummers For Jesus was formed in Dallas, Texas in 2002. Drummers for Jesus is a world wide network of drummers and percussionists who use their drumming to spread the message of Jesus Christ.

What is that message? “For God so loved the world that He gave His only Son, that whoever believes in Him shall not perish but have everlasting life.” John 3:16. We believe in the Great Commission, “Go therefore and make disciples of all nations, baptizing them in the name of the Father and of the Son and of the Holy Spirit, teaching them to observe all that I have commanded you; and lo, I am with you always, to the close of the age.” Matthew 28:19, 20.

We promote this message through fellowship activities from the local level to the international level. Our ministry is built in the HOPE of Jesus Christ, “I have come into the world as a light, so that no one who believes in me should stay in darkness.” John 12:46

(founder and president of Drummers for Jesus, Inc.)

Carlos Benson was born and raised in a middle-class home in Covington, Kentucky, brought up in the church, Latonia Baptist Church, baptized at the age of 9. Though he went to church most every Sunday (from the time he was a baby until he graduated high school), it wouldn’t be until later in life that Carlos would have a relationship with Jesus.

Carlos started playing drums when he was 13 and by age 16 he was playing professionally. He had great musical training both as a “street” player and as a schooled player. Carlos’ high school years were surrounded with band activities. Playing in the #1 high school band at the time consumed most of his time. Say’s Carlos, “I practiced. I got good.” Then in his senior year, Carlos was offered several full music scholarships to study percussion. Drums was what he lived and breathed. His faith? Jesus? “I didn’t have time,” says Carlos.

So, he chose Morehead State University in Kentucky and off he went. While at Morehead, Carlos studied with famed percussion teacher Dr. Robert Schietroma (now at the Universtiy of North Texas) who mentored Carlos and saw him through alot of LIFE mistakes. “Although I dropped out of college several times, Doc never lost faith in my talent … and I am forever grateful to him.”

Finally through, Carlos left school for good, a jazz trio offered him a job which led to traveling with bands and doing studio work . “Good bands, bad bands … great players and some not so great,” says Carlos, “I didn’t play music ALL that time; sometimes I had to work at a gas station, or paint, or lay carpet … paying dues … surviving … getting to travel and meet people … and sometimes living in one place for awhile.”

Carlos has lived in New York City, Los Angeles, Minneapolis, Miami, Nashville and now Dallas (for the past 5 years). “I’ve had some good times, I’ve had some SCARY times,” says Carlos, “… times I know I could have died from the things that I was involved in or exposed to. JESUS was watching over me. He was with me, but still I wasn’t with HIM.” THEN, Carlos met Scott Miller. “Scott is a good Christian brother who set me on my path back to the Lord,” said Carlos.

Since that time, Carlos’ life has been become CHRIST centered – the focus of who he is. He met his wonderful wife Cindy, “… she’s a gift from God … there aren’t enough words;” .. Another blessing is Carlos’ 21-year-old daughter Ashley who recently gave birth to Avree, our first grandchild. Another tremendous blessing is the addition of new baby daughter, Christina Bella Benson, now 7 months old.

Five years ago, Drummers for Jesus was formed while Carlos was having lunch with a percussionist named Jon Skaggs, a fellow member of Lakepointe Church praise band.

Carlos’ drumming duties these days include teaching drums/percussion, writing music, doing some studio work, playing drums at Lakepointe Church, and organizing the International Drummers for Jesus Celebration. Other musical hobbies that Carlos enjoys includes playing the guitar, piano, writing music, and drum/keyboard programming. “I like watching basketball, teasing our cat Chloe and all kinds of activities with church and family,” says Carlos. So, DRUMS? 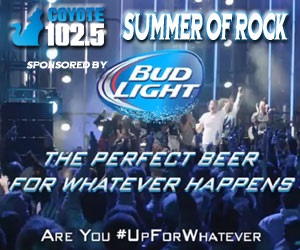 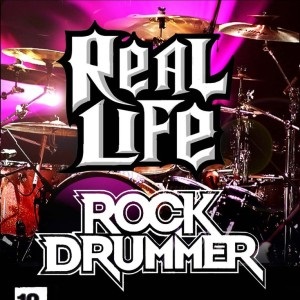 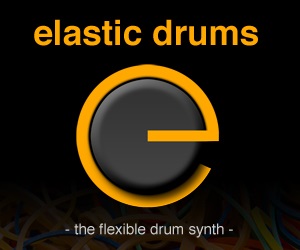